Say Uncle! A Tribute to the Avuncular. 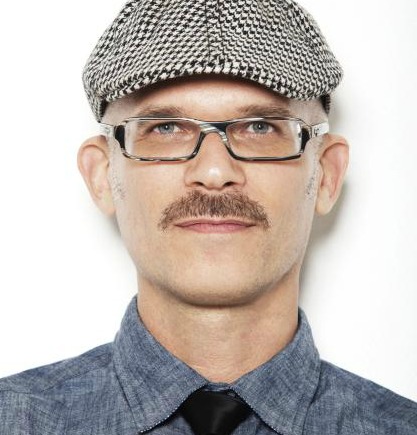 The television show “Jeopardy” taught me a new word the other night, and I immediately sparked to it right away.

The word was “avuncular” and, while I had read it before in books like, oh, I don’t know, more than a few times, I have honestly never bothered to look it up. (The word for that is laziness.) “Avuncular” means “of or like an uncle, especially in kindness or geniality.” Being an uncle myself, I sat up straighter when I heard the word and its definition uttered by Alex Trebek. As a genial television host, he appears avuncular himself with his sensitive and intelligent voice, sparkly eyes, and conservative attire. Kind of like a worldly and not-so-slow Mister Rogers, if you will, who also could be labeled as acting and appearing avuncular in word and deed.

I’m an uncle myself. So, the final “Jeopardy” question is, Am I avuncular?

Well, let’s see. As an uncle to my sister Diane’s four children, I have watched them all grow up from babies to young adults, so one would think I have the uncle thing down. One would be wrong. While I’ve had 26 years out of 48 on this earth as a proper uncle, I haven’t been a very good one. Or rather, let me elaborate and say that I haven’t been a very present one, at least not in their daily lives. And how uncle-like is that? Not very. I guess I’m only an uncle in fact. Yet there is no denying that I tend to exude kindness and geniality—or so I’ve been told—even with said nieces and nephews. For example, I call each one of them on their birthdays, send a card with money in it every year to arrive on that exact same day, and never once am I late or forgetful. Although I have yet to receive a thank you note in response from any of them, I can’t say that I blame them; since I have been living across the country in New York for over 12 years, the amount of in-person visits with them in northern California is quite rare. I don’t really know them and vice versa. My hope is that Katie, Brennan, Ellie, and Burke all believe me to be a kindly elder statesman who is genial in nature, like a proper uncle should be.

Proper uncles live on television tubes and movie screens only, I should think. Most real life uncles have foibles and difficulties and troubles and fall far below a make-believe standard. Should I compare myself to other famous uncles to see how I rate? Shall I look to the uncles who permeate our collected consciousness for comparison? Why not? That sounds like fun.

The first uncle that comes to my mind is Uncle Arthur from “Bewitched” as played by the funny and fey Paul Lynde from 1965-71. 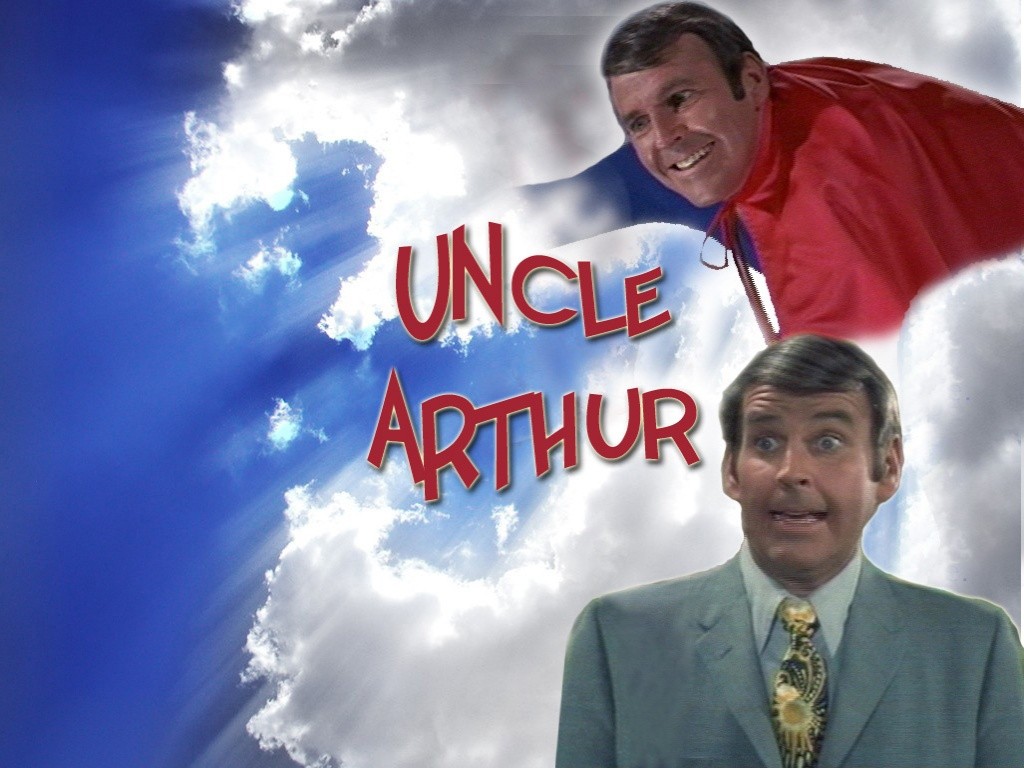 Those were my formative years, after all, although I caught more episodes in syndication than ones that originally aired. If this is the first uncle on television that I was exposed to, well, then everything makes sense. I’m definitely avuncular in the same way that Paul Lynde was, especially in the sarcastic, light-in-the-loafers sense. He was gosh-darn hilarious. Dare I say he’s now a role model? Yes, I dare. For beyond his outlandish outfits, cheeky delivery, and outrageous predicaments, he was always silly and sassy and sweet. I can live with being that.

In contrast, let’s look at Uncle Albert from the tune “Uncle Albert/Admiral Halsey” by Paul McCartney & Wings which debuted on American radio in 1971, the same year “Bewitched” gave its last nose wrinkle. All of that monotonous “We’re so sorry…Uncle Albert” business seemed to take all the fun out of being an uncle. 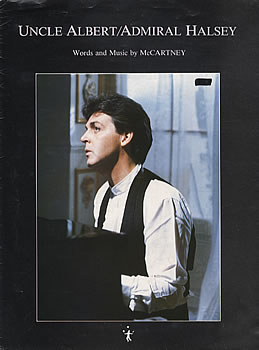 This important-sounding man seemed far too forlorn for my taste as a seven-year-old listening to the crackly AM radio in my parents’ Chevrolet, and the sentiment continues to this present day.

And don’t even get me started with the decidedly improper Uncle Ernie, the lecherous, alcoholic and perverted character from “The Who’s Tommy” (1969), played by the fearless eccentric Keith Moon (The Who’s drummer) in Ken Russell’s 1975 film adaptation. 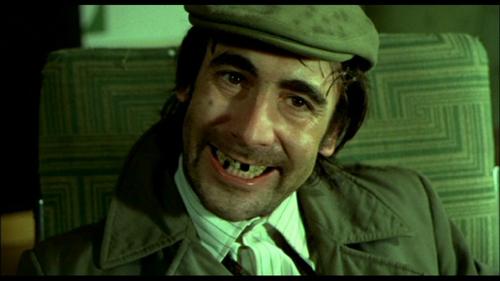 While I somewhat pride myself as an adult on my cultivated perversions, Olympian imbibing, and over-to-top qualities, I am no Uncle Ernie. Besides, my brand of sordidness has class and is never inflicted on an unwitting or innocent (or not intoxicated) party. Please. I want someone to appreciate my dark side, not abhor it.

As for other famous uncles on the screen, there are the upstanding ones (Uncle Sam from the good ole U. S. of A., Uncle Henry from “The Wizard of Oz”) and the crass ones (Uncle Leo from “Seinfeld” and John Candy in “Uncle Buck”), the old-fashioned storytellers (Uncle Remus of “Song of the South”) and new-fangled studs (Uncle Jesse as played by the studly John Stamos in “Full House”). There are weird uncles like Fester in “The Addams Family” and eccentric comedians such as Milton Berle, who was often referred to as Uncle Miltie. Besides donning female drag in many of his routines, Uncle Miltie was also known in Hollywood circles for being exceptionally hung and notoriously not afraid to use such a gift. Lucky man. I only wish I could follow in Uncle Miltie’s footsteps! Drag, I have done. As for the other…well, let’s just say I’m half Irish and call it a day.

You must have noticed that I haven’t even delved into literary uncles of the written word. That’s a Ph.D dissertation waiting to happen. Needless to say, a good many uncles have been portrayed in the pages of a book as alternately lovely, evil, fatuous, pompous, greedy, steady, quirky, and gay. And I love ‘em all. Just don’t put me in a headlock and ask me to name my favorite one while crying out, “Say Uncle! Say Uncle!” I won’t succumb to your bullying tactics. Except for maybe whispering the word “Uncle” just once, under my breath and out of the corner of my mouth, like a true smartass.

All in all, there are as many types of uncles portrayed on the big and small screen as there are scattered about in the real world and throughout millions of novels, comic books, cartoons, journals, and biographies. And I’m paying tribute to them all. Now that I know what it means to be avuncular, I have to believe that I am a perfectly original mix of the traits and idiosyncrasies listed above. My (mostly) kind and genial nature, like (hopefully) every uncle’s out there, is mine and mine alone and yet contains an element of all uncles, real or imagined, living or dead. We’re all in the same boat, right? We’ve got at least one niece or nephew to bond us together. Other than that, we bring our singular personalities into the mix to create one hell of an uncle for a very special person or two or ten. Hmm, I wonder if my nieces and nephews think I’m a patriotic, sentimental uncle, a “Zip-a-Dee-Doo-Dah” or a well-endowed drag queen?

One can only wonder. 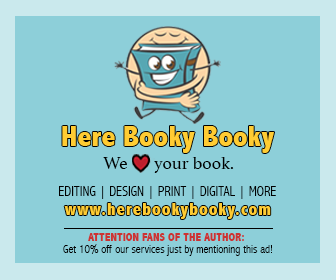 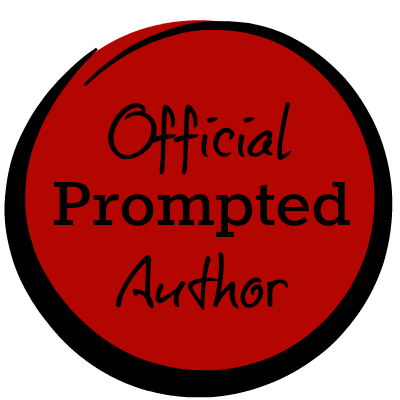