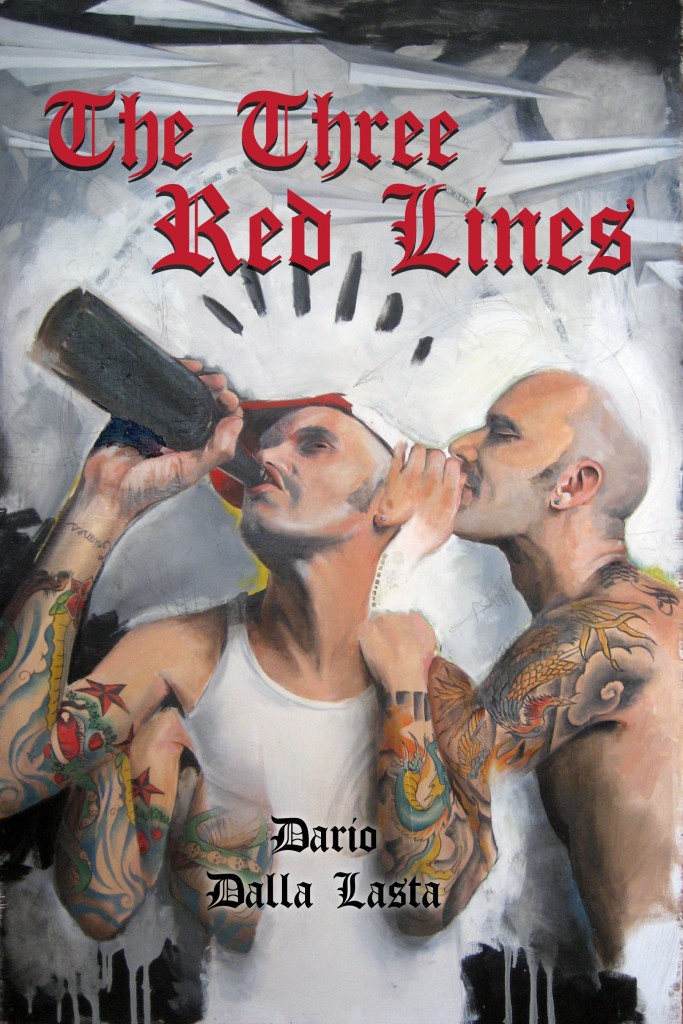 As some things do, The Three Red Lines starts with a dream.

But not just any dream – a dream that has haunted Jordan Jameson, a gay tattoo artist in his 30s who lives in New York City, since his childhood. A dream of a hallway with yellowed wallpaper, a dingy carpet, and three horrific red lines on the wall – blood.

This completely raw, contemporary take on New Yorkers goes far beyond a mere titillating look at today’s gritty sexual lifestyles. In addition, The Three Red Lines flirts with the mystical realm of the subconscious and climaxes (literally and figuratively) in a shared dream that ends up coming to vivid life in a Brooklyn brownstone one fateful night.

The journey that all four characters take is life-altering, avowedly sexual, hair-raising, sometimes funny, occasionally creepy and, best of all, uplifting.
In the U.S., buy it now at Amazon.com, or Lulu.com.

What people are saying about The Three Red Lines:

“Dario Dalla Lasta’s debut novel is nothing if not arresting. The Three Red Lines is well-written but also has a relaxed feel to the prose that makes you feel like someone from New York’s underground is verbally imparting the story to you. I wasn’t able to put it down. And the sex? Oh my God. I was afraid somebody was going to read this beyond-dirty stuff over my shoulder in the subway. If they had, they’d have seen my huge erection. Geez. A scary-but-fun jaunt with perfectly less-than-perfect characters. Thumbs up.”
– Dan Paul Roberts (aka Candi Shell from the band She-Dick)

Apparently, the best way to describe my book is “dark,” “gritty,” and “intriguing.” To back that up, here are some perfectly descriptive comments from readers on www.authonomy.com:

“You’re a talented author with an intriguing storyline.”
-Anne Wright

“Love the dark, gritty edge to it.”
-Johnny Red Pants

“Your book is fierce and funny and original!”
-D. Braverman

“The storyline keeps the reader on the edge of their seat!”
-Amanda Patterson

“This is magic-realism, this is surrealism-realism mixed together. Creepy, definitely; disturbing, in parts; and honest, achingly so. The death-sex thing, the oldest of Freudian impulses is explored here, articulated here, given new life here. I love your writing, it exudes energy, realism, and confidence but isn’t cocky, and you always keep your eye on the narrative ball. It really flies across the page.”
-Andrew W.

A snippet from The Three Red Lines also appears in the following anthology: 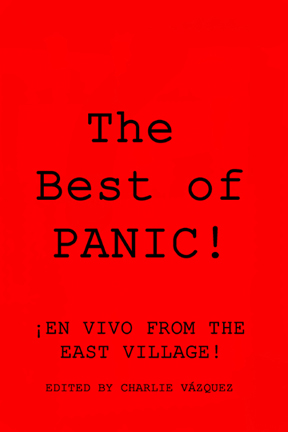 Featured on the CUNY-TV Emmy Award-winning show “Nueva York” and covered by the New York Daily News, PANIC! (downtown New York’s most irreverent fiction and poetry reading series) was born in June 2008 at the infamous Nowhere bar on East 14th Street in New York’s East Village. Pushing back against the gentrification that has ravaged downtown New York’s underground scene, this reading series—the creation of writer/literary activist Charlie Vázquez—has succeeded where other series haven’t: by uniting diverse writers of different disciplines (spoken word, fiction, traditional poetry, and performance art) under the umbrella of a monthly theme.

You can purchase the compilation at Amazon.com.