(and her delightful review of Squeeze Pants)

Oleander Plume conducted a Q&A with me that I just adore, so I wanted to share it with y’all. Now, some of you know how much I worship this woman. In fact, when my husbian Michael and I were strolling through Williamsburg a while back, we stumbled upon this restaurant at 160 N. 12th St. in Brooklyn, and I just had to take a picture for my dear, sweet Oleander. See? 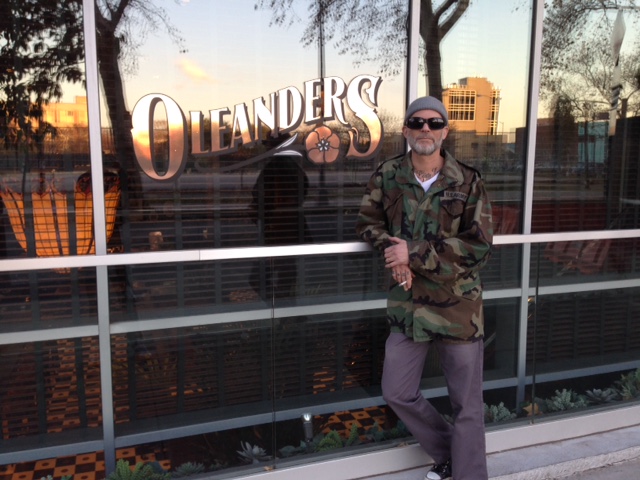 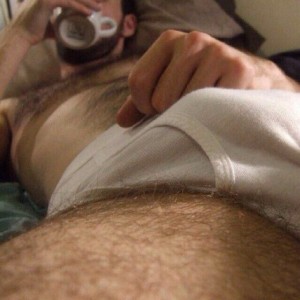 Man, can I just get to the damn interview already?

Obviously, you can find this on Oleander’s website here but I’m copying it so that we can all enjoy the pleasure of instant gratification by reading it below in full:

Sometimes, I just get lucky.

Case in point: I have not only had the pleasure of reading Dario Dalla Lasta’s work, I’ve had the ridiculously delightful opportunity to work with him. His story for my anthology, Chemical [se]X, titled “[du]X”, was one of the hottest pieces of m/m erotica I have ever read. Not only that, but I’ve also gotten to know Dario, and consider him a dear friend. So how fucking lucky am I? (The answer is VERY.)

Before I get down to my review of Squeeze Pants, I’m going to let you read a kick ass Q & A session Dario and I had via email. But first, enjoy the slideshow! (Ed. note: Yes, Oleander included a bunch of photos of moi which you can check out via the link above. #malemodel)

(What was I going to do again? Oh, riiiight. The interview. *blush*)

Dario, I have to ask this first, when did you start writing erotica?

Do your own stories ever turn you on?

Nah, not really. Okay, well, maybe a little! While I let my imagination run riot, it’s weird to think of jerking off to my own sentences.*

If you could have a scorching round of hot sex with any fictional character (from one of your stories or someone else’s) who would you choose?

If I was to pick just one, I would have to say I’d love a scorching round of hot sex with Kake, the character created by Tom of Finland. “Kake, a dark-haired mustached leatherman, wore a tight white T-shirt bearing the motto ‘Fucker.’ Kake lived up to this moniker, a sort of post-Stonewall, hyper-masculine Johnny Appleseed traveling the world on his motorcycle to spread the seeds of liberated, mutually satisfying, ecstatically explicit gay sex.” Sounds like my kind of guy. “Kake’s international fans made him the template for what came to be known as the gay clone look of the 1970s. Between 1968 and 1986, Tom published 26 episodes of Kake adventures, most as 20-page booklets.” (See Tom of Finland: The Complete Kake Comics.)

What is your idea of a perfect evening?

In a perfect world, here’s my perfect evening: Book signing and reading at the Barnes and Noble store in Union Square NYC for my latest New York Times bestseller, followed by dinner and drinks with my husbian and 10 of our closest friends. Then we’d head back to Brooklyn, catch a drag show at This N That, and the night would end with my hubby and me cuddling on the couch with our cute little pooch. Oh, and then scorching hot sex too, duh. Yep, that would be my perfect evening.

Your new anthology Squeeze Pants is fucking brilliant. What story is your favorite and why?

Wow, thank you! I’m so glad you liked it. I can’t pick a favorite one since they’re all my babies, and I’m proud of each one.

When you are working on a story, where would we find you?

Probably on the couch in my boxers.*

*(Seriously? That’s exactly how I write, too, except there’s more glitter.)

I love tattoos and hearing the stories behind them. Do have one that is particularly important to you? (If it’s more than one, feel free to describe them all! And photos would be cool.)

As you know, I’m covered in tattoos. Each one has a different story and meaning, but the Roman numerals tattooed on my right knuckles (IX II V) are particularly important to me as they represent the day I met my husband (Sept. 25, 2005) and the day we got married (Sept. 25, 2011). I have a daily reminder of that date and of our love.*

*(I turned into a throbbing pile of gooey love after I read that, FYI.)

Tell me about your next project.

Editing the manuscript for my novel “The Force of Destiny” while trying to finish up two other books I’ve started. I’m waiting for inspiration to hit!

I think each of us has that “one weird thing” that turns us on. I’ll tell you mine if you tell me yours.*

I’ve always had a thing for men in Speedos, especially growing up with Sam Elliot in “Lifeguard” (1976). Damn.

*(Okay, Dario, you told me yours, I promised to tell you mine: lip piercings. Those get me every time.)

I loved the hell out of this book. Dario has a way of writing that makes me tingle all over. Let me give you a taste of each story, save one. Hey, I had to leave you at least one surprise.

“Buenos dias,” I croaked like an idiot. Thank God he just laughed while straightening the sheets on my bed, checking my IV drip, and taking my temperature. I wish he’d take it rectally, I thought stupidly, still smiling. With his caliente weenie. This shit coursing through my veins was dope in all senses of the word. At least I didn’t utter what I was thinking out loud.”

The funniest story of the book –  I’m stealing a word from Benji Bright here and the word is rollicking. This sexy short is ROLLICKING!

Chapter 2: “Skinhead on the Subway” –

“A startling white scar ran down one side of his head as though a scythe had attempted to split him in two. I imagined running a finger along the entire length of it, marveling at how bristles of hair could never cover that deep indentation.”

Fantastic imagery throughout this piece. I love this particular passage because of the way Dario made that scar feel so damn sensuous.

“We have been receiving disturbing reports from several students about you. Please explain what you are doing following Jeremy King.”

“Because I’m in love with him.”

The main character, Trace Petrucco, is my hero. Brave and unafraid to show who he really is, even while attending Christ the Redeemer College. This story also appeared in “Huddle”, another fabulous read!

“See those two urinals?” he asks me. “We’ve spent lots of time standing in front of them. I know how much you love them and how often you stare at my dick when we’re going next to each other.” Not answering, I merely nod, even though he can barely see me in the dark. “So, because of that, I want you to fuck me right here, right now, so that you always think of me when you take a piss. I wanna breathe the urinals in as I bend over them and you plow me from behind. ‘Cause  you’re gonna shoot up my ass, got it?”

The man made urinals sexy. Need I say more? Which reminds me of another reason I love Dario’s work so much. He gives just enough back story for each character to make them real.

This is my favorite story of the bunch. I don’t want to put any excerpts of this one here, it would give away too much, and this is a story you need to uncover and savor for yourself. Steamy, sexy, with a melancholy twist; when you read it, you’ll see what I mean.

“My mouth dries up with lust, despite my fear. Or maybe because of it. Who knows. All I figure is that I’m going to be robbed, beaten up, maybe even killed and all I can do is fantasize about his soft lips on mine and his dark, thick cock in my mouth.”

Holy Hell. This story is dark. But the inner dialogue of the main character is such that I felt like I was inside his head, and I understood his conflicting emotions. Brace yourself for the ending on this one, it hits hard like a sucker punch to the gut.

I give Squeeze Pants 5 stars, a big sloppy wet kiss, two hard nipples up and a heat rating of “Honey, I finished the book. You. Bed. Now.”