How did I get to be shirtless and shilling for Land Rover, you may ask? Well, it’s simple, really; I had the extraordinary chance of working with Wilhelm Scholz again, that’s how.

On July 1, 2015, I make my way downtown to 34th Street and First Avenue after work to meet with director and photographer Wilhelm Scholz to collaborate on a fun project together. Already a well-known and well-established commercial photographer, Wilhelm is also branching out into directing. As a result, he put together a short spot for Land Rover V8, which was beautiful in and of itself, but he wanted to punch up the visual with an actual person edited into the mix. There’s already a voiceover attached to the commercial, so Wilhelm asked me to practice lip-syncing the words before our shoot. I listened to it several times and really dug the Fight Club scenario. For example, “The first rule of V8 Fight Club is…you do not talk about V8 Fight Club!” You get it. Well, if you’ve seen the David Fincher-directed movie from 1999, then you get it. There are eight rules in the spot, so I had my work cut out for me.

Upon meeting up in Wilhelm’s apartment lobby (stunning, dramatic, gorgeous), we walk to the East River and up a few blocks until we come upon an old stone underpass. “This is it,” he says in his German accent. “You can take off your shirt now and we’ll get started.”

I know this certain unveiling of my clothing is imminent, yet still I hesitate. Although I’m fully aware that I need to be shirtless and appear as pugilistic as possible since this piece is an homage to Fight Club, I still postpone the moment.

Mind you, it’s 6:30 in the evening and a slew of New Yorkers are flowing through the underpass to get home, to go jogging along the river, to take the ferry to Brooklyn, to live their lives regardless of my shame in going topless at that moment. With a deep breath, I shed my button-down work shirt and pull my sweaty tee-shirt off, fold them both, and set them down carefully on top of my messenger bag. There I stand, a 50-year-old still embarrassed over his body, shifting nervously from one foot to the other. However, I know Wilhelm requires a tough-looking dude covered in tattoos, so I need to suck it up.

Now that I’m standing there without a shirt, what do I do next? Cover my chest? Freeze in fear? No, silly. Pushups! Gotta get those guns popping, you know.

Wilhelm clears his throat. “Excuse me. You do not enjoy taking your shirt off around all these people, and yet you do pushups in front of them? On this dirty ground?”

Pushups done, hands brushed off on pants, I turn to the camera, as ready for my close-up as Norma Desmond.

“You ready?” Wilhelm asks. I nod with a brave face. “Let’s have you recite a line or two at a time.” Right. I can do that. There’s just one problem — the dialogue is playing on his iPhone and we can barely hear it due to the hustle and bustle of the city surrounding us. I mean, this shit is faint. Neither one of us has counted on this obstacle. It doesn’t help that I’m as deaf as an old metalhead who has rocked out in front of one too many loudspeakers. Alas, I do my best and struggle through like the pro I am. He takes dozens of close-ups of me reciting each line, until I’m pretty much spouting the entire dialogue at one time. It’s intense and weird and cool and bizarre, all at the same time. Luckily, I’m shooting without my eyeglasses on, so I cannot make out a single person walking or jogging by which leaves me entirely “alone” with Wilhelm and my imagination. The outside world is only a blur. Then we shoot everything all over again with full body shots, and this time I’m sucking in my gut and mentally deflating my love handles as though my life as a model depends on it. Which it does. If I were a real, actual model, of course. I just need to remember … it’s me and the director and my imagination only, and since he sees me as a model, then I am one.

I wish I could be a model every day. That’s the ninth rule of V8 fight club, if you ask me.

Check out the gorgeous spot for Land Rover V8 that Wilhelm Scholz directed:

Third rule of V8 fight club is … if someone’s car stops, goes limp, taps out, the fight is over.

Fifth rule … one fight at a time.

Seventh rule … fights will go on as long as they have to.

And the eighth and final rule … if this is your first night at V8 fight club, you have to fight.

I’ve said too much already….

UPDATE: The talented Mr. Scholz has a new Promo Card for April 2017 … and I’m included! Check out the top left area for Land Rover. I’m honored! 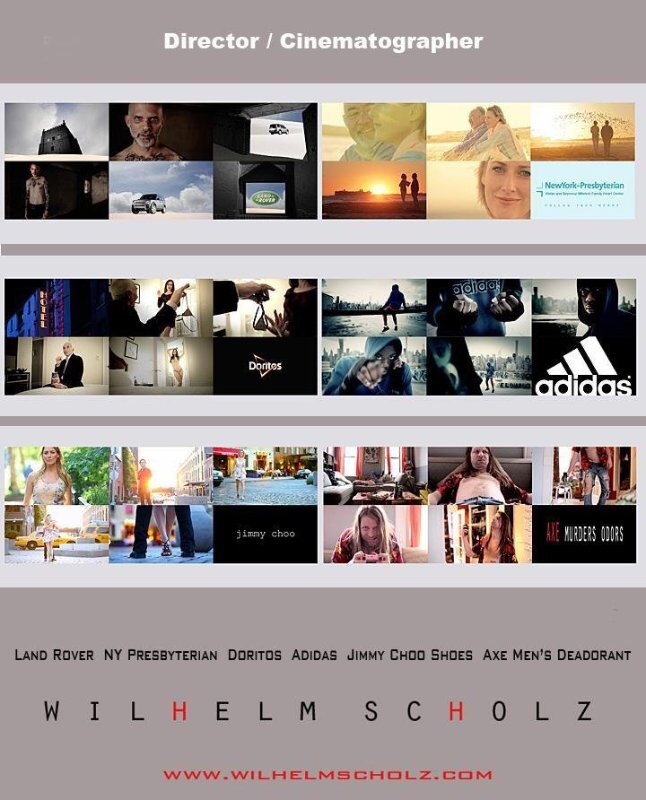