In the eyes of the world – I’m a failure. 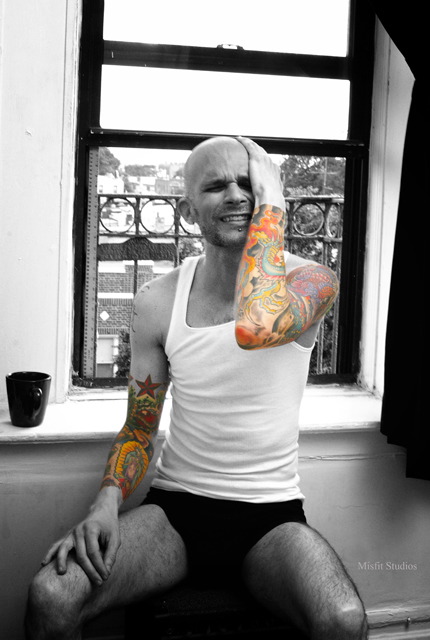 Here I am, creeping up to the half-century mark, and I don’t own a home or a car, two so-called necessities of life in the good ‘ole U S of A. So I guess that means no front lawn to mow or red Trans Am for my mid-life crisis. Epic fail, right? A 49-year-old man should be settled in a three-bedroom, two-and-a-half-bathroom house with a two-car garage. These aren’t even outward signs of success, just basic American rights or so one is made to feel with all of the Remax Real Estate and Ford commercials.

What else don’t I have? Oh yeah. Money. Or a career. Hell, I don’t even have a goddamn job, for that matter. Besides always holding down a steady day job with a weekly paycheck and medical benefits for almost 25 years, I was just let go from my job at a Tony Award-winning Broadway production/general management company. And if I may pour salt in my own wounds, I used to toil for an entertainment lawyer notwithstanding the fact that I passed the California Bar Exam on my first attempt back in 1990. Obviously, my career path did not involve the actual practice of law or the ability to secure a hefty paycheck. Oops.

Let’s see, what else? In the eyes of the world, physical attractiveness is a must. While I’ve been called “sexy” by several well-meaning friends and strangers with beer goggles, I’ll give it to you straight: I’m missing a couple of teeth. I have arthritis. I’m covered in tattoos from head to toe. I’m bald. An inner tube made of blubber seems to have encased itself permanently around my middle when I wasn’t looking a few years back. Thick eyeglasses cover eyes ringed with dark circles and adorn a face that grows grayish-white whiskers. A wrinkled forehead boasts 27 stitches down the middle from a go-go dancing accident in 2004. I swear like a sailor. I like sex, drugs, and rock ‘n roll. Almost every kind of alcohol appeals to my hedonistic senses. Smoking may kill, but it’s awfully seductive when I do it. All I ever wear on my feet are Dr. Martens boots. I still have a nipple piercing. My cuticles look like shit. And the pinky toenail on my right foot is disgusting.

But enough about looks. Looks fade. Let’s talk marriage instead! The world likes marriage, you see. Marriage means that someone loves you and wants to make beautiful babies with you. Society enjoys the profit and prestige of married couples, partners in life who succeed in giving off the aura of living the perfect life. Even though I am married—total status symbol, right?—it’s to a man. The majority of my peers would probably not consider that a successful step in the proper direction, unfortunately, but they’d be dead wrong, and I’ll clock anyone who says otherwise. A gay divorcee due to a failed marriage back in 1990, I didn’t procreate and therefore have no little protégés running amok. That alone is a failure in the eyes of the world, is it not? Having a dog is child enough, if you ask me. Can I get a what-what? Woof!

And yet for all the failures that the world no doubt sees in me, in my heart I know that I’m truly a success. I am successful in many things like my loving, committed relationship (that is recognized by the State of New York, y’all), maintaining true and lasting friendships, (normally) holding down a full-time job, walking the pooch on a twice-daily basis, and emailing my ailing parents. After all these years, I’m comfortable with myself in ways I never imagined and can now say that I honestly couldn’t care less what others think about me. I’ve finally grown into my looks, which means I have left vanity behind with my hairline. Yet somehow I’ve been lucky enough to actually model for some interesting photo shoots and work with many incredible New York photographers. Besides being a successful DJ in NYC for 10 years now, I’m also a Reverend and have had the distinct honor and privilege of marrying five couples, two straight and three gay. I’m a proud Godfather to my beautiful cousin Gloria. As for that house and car? Well, I live in Brooklyn, so owning my own place or driving a car isn’t expected. See? Not bad if you put it all in context. To top off all these goodies, you should also know that I’m a pretty good dancer.

Huh, whataya know. While the world may think I suck through all outward appearances, I beg to differ. Being older has its advantages in that I can look back and still be proud of what I’ve done, even if it hasn’t been the typical, straight-and-narrow model of propriety that I grew up with, not the stereotypical journey that was embedded into my brain by a Catholic upbringing. I think I’ve finally grown up and become my own man. So laugh all you want. Even though I don’t have the creature comforts of living like an adult my age, I like livin’ mi vida loca much better.