From a Nursing School Graduation to an

Evocation of the Spirits of Studio 54 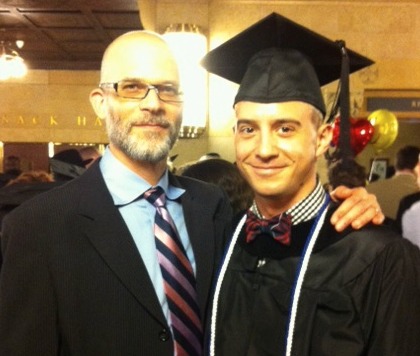 The ceremonies began the day before, however, specifically with something called a “pinning” ceremony. At 4:00pm on Tuesday, May 29th, I found myself uptown at the New York Academy of Medicine at 1216 Fifth Avenue and 103rd Street. We’re talking Spanish Harlem, folks. Rushing in with less than three minutes to spare (who knew the subway let out all the way over on Lexington Avenue?), the Dean instructed the lucky ones pinning the students to come up to the front of the stage in packs of five or so, according to when she called up the students in alphabetical order. Since Michael was called up in the first group, I dutifully strutted down the aisle to meet him at the stairs leading up to the stage. In hushed whispers, we greeted each other. He then explained in an off-hand manner that when his name was called, we were to walk up to the center of the stage, pretend to pin the gold button on his graduation gown, smile for the photographer, then gracefully exit stage right.

Things didn’t quite go that way.

Unfortunately, since we were called up in the very first group, I didn’t have a chance to observe the proper etiquette of the proceedings. And Michael didn’t know he was supposed to have written a paragraph about why he picked me to perform the pinning honor. So not only could I not see what the pinners were doing from the side of the stage, but try to imagine our mounting horror as the Dean recited a nice little paragraph out loud about each person chosen for the task.

“Did you write something about me?” I asked through gritted teeth, dreading a “yes” answer (What in the world did he write about me? I thought, my heart fluttering) and a “no” answer (What, he didn’t care about me enough to write anything?).

“No,” he answered, his brown eyes wide. “I didn’t know I was supposed to!”

Apparently, every single member of his graduating class did though. Except for him.

Right then, the Dean called, “Michael Bailey” to a well of applause. “He will be pinned by Dario Dalla Lasta.” At least she pronounced my name properly.

We trotted up the stairs. I followed Michael’s billowing gown blindly, embarrassed to look out at the mass of people in the auditorium, knowing in that one moment that nothing would be spoken or read about who I was or why in the hell I was up there in the first place. Some lady handed me a gold pin in a small case and turned me around to face the photographer. I had no clue what to do with it. Where in the world was I supposed to pretend to pin it on his gown? There was no example for me to follow. The photographer—a grumpy old man, as I found out soon enough—kept pointing to Michael’s shoulder, so I held it there. Apparently, that was incorrect due to the mad pointing and grand gesticulating that met my every wrong move. Meanwhile, while I was attempting to get the pose right for a picture, there was a silence after the initial clapping, as the crowd waited for the Dean to read why I was up there with Michael. Still not knowing quite what to do with the pin, I finally turned to the audience, lifted up my shoulders and raised my hands, pantomiming, “I don’t know what to do!” with a lopsided grin plastered on my face.

Right then, the Dean announced, “Oh by the way, this is his husband.”

The timing couldn’t have been planned better. The crowd laughed at my dorky behavior mixed with the last minute, blurted news of who I was. A picture was finally snapped. The flash didn’t blot out the photographer’s frustrated, bright red face at my inadequacies in doing the simplest of tasks, but at least the other graduates and their families knew who I was. I laughed along, followed Michael off the stage and made my way back to my seat. This time, the photographer wasn’t the only one red-faced. I could feel the blush rising up to the top of my head.

After that, I watched every single graduate and their pinner pose exactly how they were supposed to, with the gold button held in the proper position. Not only that, but I also heard a story about why each person was chosen for this honor. And they were all lovely. I just wish each and every one in that room had a chance to hear our story. And yet, just being his husband spoke volumes on the subject. What else needed to be said?

The very next day—Wednesday, May 30, 2012—was the actual graduation ceremony at the same location at 1:00pm. Michael had a total of three tickets so he also invited Sheren and Susan, both of whom had received diplomas in the years we’d all been friends in New York. Here’s a gorgeous photo of the gals with Michael. 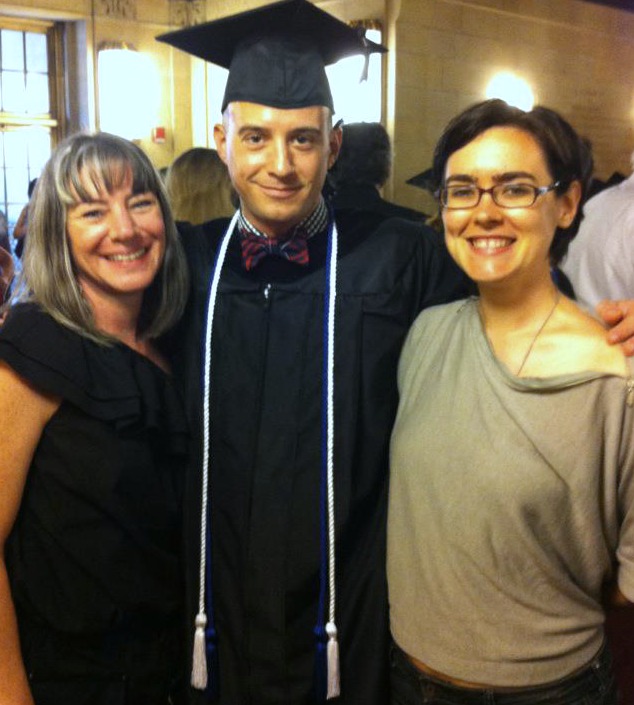 The two-hour ceremony went off without a hitch (thank goodness I didn’t have to do anything, that’s all I have to say) and afterwards, we rode the train downtown to one of our favorite restaurants, El Cantinero. An inexpensive Mexican joint just below Union Square, the place serves excellent food and delicious pitchers of margaritas—just what the nurse ordered! Since we’d all been there several times for special occasions and birthdays, we asked for a sombrero for photographs. The results were predictably hilarious. 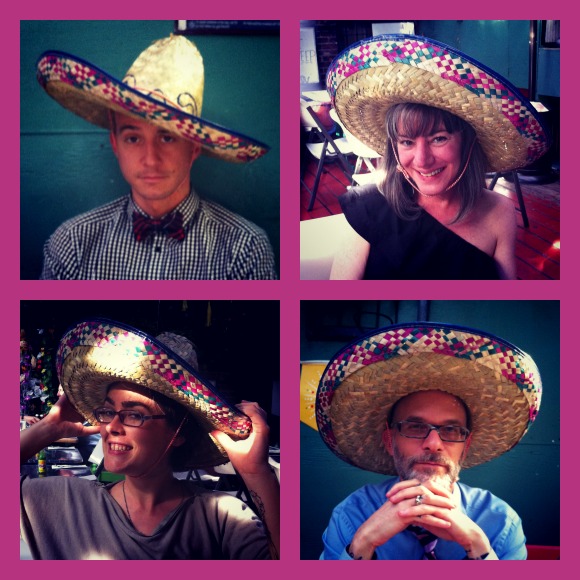 Another round of congratulations are in order for my bosses for the other big event in my life that happened last night. The four principal members of the theatrical management firm that I work for have opened up a cabaret/restaurant under the old Studio 54 nightclub called “54 Below,” and last night was the opening night with a performance by the multiple Tony Award-winning actress Patti LuPone (“Evita,” “Gypsy”). 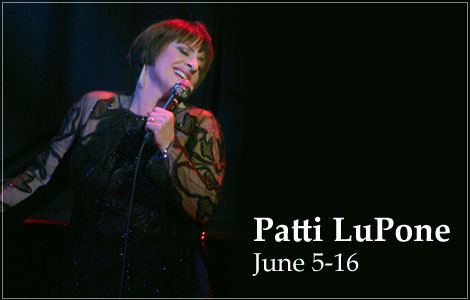 To say I was blown away would be an understatement.  Besides the brilliance of Patti’s performance (and being close enough to the stage to see every expression on her face), the club itself is stunning.  From the moment I walked down the stairs, I was transported to a different place and time.  The intimate, 160-seat space was designed by set designer John Lee Beatty and lighting designer Ken Billington, both Tony Award winners. It is a Broadway lovers dream. Every single detail rings true—the wallpaper, the sconces, the pictures, the lighting, the background music; everything has been pulled together to create a fascinating amalgamation of something old (an underground nightclub? a speakeasy? a bordello?!) and something new (pristine sound, sparkling live talent, creative beverages).  And the service?  Impeccable.  I simply cannot wait to go again. The ghosts of Studio 54 would be proud, even though the patrons were impeccably dressed and well-mannered. It was a classy event, and one that I am proud to have been invited to. How can I be so lucky in my life? 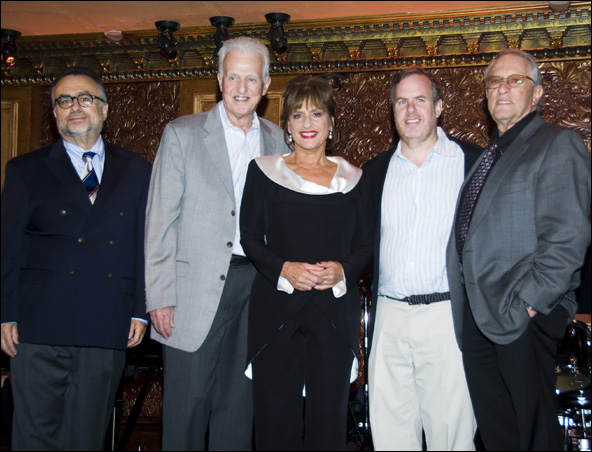