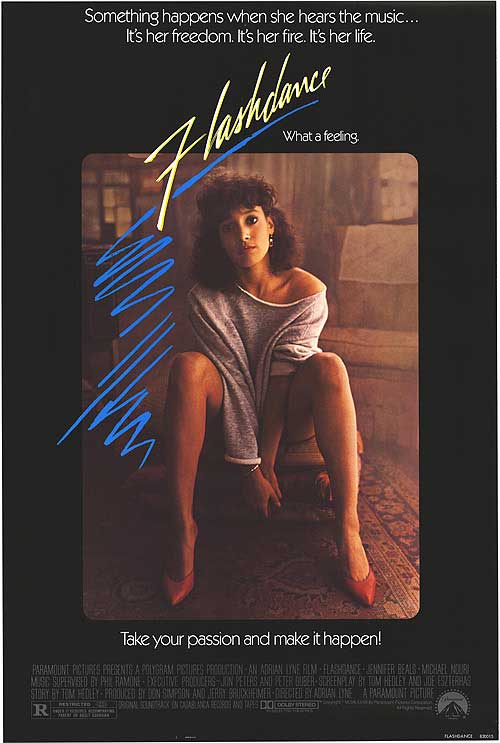 At 2:30pm on Friday the 13th in 2012, in a rehearsal space on the Upper West Side of Manhattan, about 25 singers, dancers, and actors put on a show for an audience of about 40…and blew them away. Through song and dance, they told the story of a steel-town girl on a Saturday night looking for the fight of her life and, lemme tell ya, they sure gave it. They took their passion and made it happen. Since I had the distinct pleasure of being one of the audience members, I was lucky enough to be awestruck at the raw talent on display before me. Literally right before me—these guys were seriously only about ten feet away from my chair.  Eye contact was frequent, ladies and gentlemen.

Since the partners of the company that I work for are producing “Flashdance” for a possible Broadway run, they threw a “29-Hour Reading,” a set of four readings dispersed through a 29-hour period. I saw the very last reading, and my socks were knocked off by the sheer talent, charisma, and fortitude displayed throughout the cast. These people are hungry for musical theater above and beyond anything else. Hell, they’re certainly not in it for the money.

And what a cast. Being a musical theater geek, I was in heaven. The “stage” (or rather, the floor of the rehearsal studio) was besieged with Broadway heavyweights, including some Tony-nominated and –winning actors, mind you. The cast was comprised of Emily Padgett as Alex (Rock of Ages), Gavin Creel as Nick (Hair—Tony nomination, Thoroughly Modern Millie—Tony nomination, and also the boyfriend of Spring Awakening and Glee star, Jonathan Groff), Priscilla Lopez (original cast of A Chorus Line, for Christ’s sake), Lauren Molina (Rock of Ages, Sweeney Todd), Adam Dannheisser (Rock of Ages), Jarrod Spector (Jersey Boys), Capathia Jenkins (Caroline, or Change), and even Jack Noseworthy (from such diverse films as Event Horizon and Barb Wire with Pamela Anderson, both of which I’ve seen—I recognized him right away). I mean, wowza. And the original music and lyrics were clever, moving, and emotional, bringing me to tears several times in the second act.

New York City boasts such incredible talent, I truly believe that everyone with stars in their eyes, a song in their hearts, and a dance in their step belongs here.